Think of someone who would deny the opportunity to increase his or her hourly wage. It may be difficult to find such a person, as the discussion of increasing minimum wage is a common topic among Americans. Having more money often allows Americans more financial freedom, less financial stress, and higher levels of happiness.

Minimum wage is currently at an unlivable rate for most Americans. Low- to-moderate-income households typically spend a larger portion of their income than wealthier households, and more money in circulation has the potential to benefit the U.S. economy (see the Impact on Economic Activity and Businesses section). Legislators should increase minimum wage due to the positive effects an increase would have on unemployment rates, including improvements to both the economy and the living standards for minimum wage workers.

A common topic of discussion about raising minimum wage is the effect it has on unemployment rates. The inescapable implication of the downward sloping demand curve and upward sloping supply curve leads some economists to believe that an increase in minimum wage will increase unemployment. However, many time-series analysts have tested the effect of increases in minimum wage on teenage employment using quarterly Current Population Survey (CPS) data since 1982. Using this general model, these analysts discovered that a 10% increase in the minimum wage resulted in a 1% to 3% decline in teenage employment.[1]  However, teenagers make up the majority of minimum wage workers, so most data used in this analysis is focused on that age group, rendering the data incomplete. While this data supports the hypothesis that increasing minimum wage will increase unemployment, the accuracy of the data analysis process is likely incorrect and obsolete.

Data used in showing negative effects on employment is often viewed as outdated or inaccurate due to imprecise modeling. Models used in analyzing the effects of increasing minimum wage on unemployment have been “criticized as inadequately modeling for seasonality or testing for stationarity in stochastic variables.”1 The availability of recent data enables economists to more accurately test the effects of various minimum wages on the unemployment rate.

Figure 1: No Correlation Exists Between Minimum Wage and Unemployment Rates

From this point of view, increasing minimum wage could be seen as an extra expense that would decrease overall earnings. As most people expect, business owners often focus on short-term earnings to provide attractive financial statements for investors. Evidence shows that when minimum wage increases were significantly different, the effects on company earnings did not vary considerably.3  As mentioned before, prices also tend to increase a small amount when minimum wage increases. Whether or not this is a positive effect, an increase in minimum wage will not significantly affect company earnings. Furthermore, many other measurable benefits may be generated via an increase in minimum wage.

Impact on Economic Activity and Businesses

Many economists agree that increasing minimum wage would create jobs because “low-wage workers are more likely than any other income group to spend any extra earnings immediately on previously unaffordable basic needs or services.”[4] Because low- to moderate-income households typically spend a larger portion of their income than wealthier households, increasing the amount of discretionary income has benefitted economic activity in the past. When consumer spending increases, more jobs are needed. As researchers from the Institute for Research on Labor and Employment state, raising the minimum wage “can provide a modest boost to consumer spending, generating new business activity, particularly in lower-income areas where consumer demand is more depressed.”[5] As most research and analyses show, economists believe that increasing minimum wage would positively stimulate our economy and benefit Americans as a whole.

However, a counterargument against increasing minimum wage is the increased costs of operation and of hiring employees. Operational costs may significantly increase for establishments with numerous minimum wage workers; thus, business owners have proposed increasing prices to offset the additional labor costs.3 As mentioned before, price increases on goods have not shown significant changes in overall earnings. This can likely be attributed to more people having extra discretionary income to afford the goods outside of their necessities. Additionally, as business owners would be paying employees higher wages, employees would likely choose to stay longer and would thereby make extra hiring costs insignificant. Study results released in a working paper by the Institute for Research on Labor and Employment state that a 10% increase in minimum wage decreased turnover by 2% for teenage minimum wage workers and 2.1% for the restaurant industry minimum wage workforce.[6] Thus, an increased minimum wage will most likely lead to increased productivity and lower turnover costs.

Because the current federal minimum wage is low compared to any relevant benchmark, the majority of low-income households depend on assistance programs to meet their basic needs. The U.S. Federal government spends more than $78 billion dollars each year to support families who have workers that earn less than $12 an hour.4 While increasing the minimum wage may result in business owners may see a small spike in operational costs, the increased costs are miniscule when compared with the costs the federal government experiences to support low-income workers. Raising the minimum wage would increase the ability of Americans to become financially stable, and possibly relieve the government’s fiscal crisis.6  In 2017, 58.3% of all workers age 16 and older were paid at hourly rates (see Figure 2).[7] If minimum wage were to increase, most hourly wages would increase incrementally as a result. In general, these low-income workers would have the ability to get out of debt more easily and have more flexibility in making necessary payments. Indeed, an increase in minimum wage may even decrease the overall percentage of debt in the U.S. economy.

Figure 2: The majority of US workers were paid hourly rates in 2017 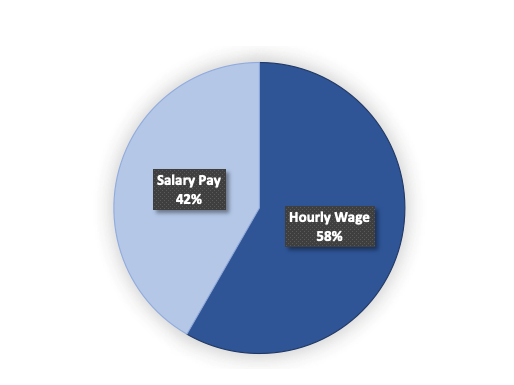 Figure 2. Original graphic based on data from U.S. Bureau of Labor Statistics.

[4] Cooper, David. “Raising the Federal Minimum Wage to $10.10 Would Give Working Families, and the Overall Economy, a Much-Needed Boost.” Economic Policy Institute, May 13, 2013. https://www.epi.org/publication/bp357-federal-minimum-wage-increase/.

There has been a problem with your Instagram Feed.