The Yerkes-Dodson law, also known as the optimal arousal theory, is a theory stating that for any given activity, there is an optimal level of psychological arousal (or stimulation of brain energy) that will allow for the best performance. If your arousal levels are too low, you will be bored and lack motivation. If your arousal levels are too high, you will become stressed and mess up. For example, imagine being asked to walk across a balance beam sitting on the ground. You could do it without a second thought. Now imagine that the balance beam is between two buildings one hundred feet in the air. While the two tasks are mostly identical, it would be much more difficult to cross the beam one hundred feet up than the one on the ground. According to the theory, this is because the danger of the situation causes your body to become stressed, therefore reducing your motor skills.

On the other hand, imagine you just rolled out of bed and need to walk across the beam on the ground. This situation is also not ideal because you would be not fully awake, and you could potentially trip or misstep because you are so tired.

How did we figure this out? This theory dates back to 1908, when it was created by Robert M. Yerkes and John D. Dodson from a study they did on the effect of stimulation levels on learning.[1] In this study, a number of rats were given a choice: enter either a white box or a black box. If the rats entered the white box nothing would happen, but if they entered the black box they would be electrocuted. The levels of electrocution in the black box were adjusted for each new rat. The goal of the experiment was to test whether the level of stimulation (the electrocution) would affect how fast the rats would learn to avoid the black box.

In their research, Yerkes and Dodson discovered an interesting relationship between the rats’ stimulation levels and learning speed. If the shock was too small, the rats would take a while to learn. On the other hand, if the shock was too great, the rats would also take many trials to get it right. The researchers discovered that it was actually a medium degree of shock that caused the rats to learn fastest.

In 1955, D. O. Hebb further refined the theory to create the bell-curve model that we know today.[2] One of Hebb’s most important contributions to this study was the observation that performance levels fall off with significantly higher levels of arousal for simple tasks.

HOW DOES IT WORK?

Following the research done by Yerkes, Dodson, and Hebb, much more research was done regarding the actual science behind the theory. Although Yerkes and Dodson didn’t know it at the time, the biological basis of their theory is the body’s reaction to stress.

This all starts when you perceive a stressor (see Figure 2). A stressor is anything that the mind perceives as a threat or challenge. For example, homework or tests are often perceived as challenges and therefore cause your mind to react accordingly.

Specifically, when your mind perceives a stressor, it reacts by increasing the glucocorticoid levels in your brain. Glucocorticoids are hormones that are intended to help you react and protect yourself from the threat perceived by the brain.

When it comes to optimal arousal theory, one specific hormone seems to most influential: cortisol. Cortisol has many jobs in the human body, including regulating metabolism, memory formation, blood-sugar levels, and inflammation. Cortisol is what causes many of the reactions we get when stressed.[3]

When you get stressed, cortisol is released into your bloodstream, where it spreads to your different body systems. These changes activate what is known as the “flight or fight” response, where your body is preparing to either face the danger or escape from it.

In regard to the Yerkes-Dodson Law, if your cortisol levels are too low, you will be tired, and your body and mind won’t be functioning to their full potential.

However, having cortisol levels that are too high is also a problem. If you become overstressed, the increase in cortisol can cause your body systems to overreact in ways that can be harmful to you.

This is where the explanation of the optimal level of arousal comes into play. By managing what is stimulating your mind, you can manage your cortisol levels and, by extension, your performance levels.

A 2017 study done at the University of Toledo supported this claim. In the study, participants squeezed a handle (which acted as a stimulant or stressor) while being presented with a list of words to memorize. The participants were then asked to recall as many words as they could. It was discovered that the participants’ levels of grip that were too high or too low were correlated with lower recollection levels.[4]

We can better visualize the biological relationship between stimulation and the body using an inverted-U graph visualized by Rowland and others.[5] 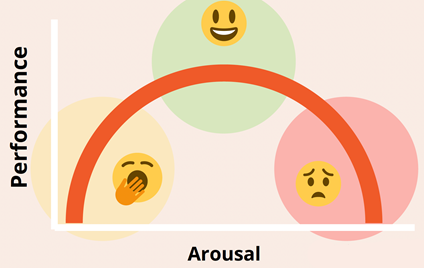 Figure 2: The Yerkes-Dodson graph of the relationship between arousal and performance.

In this graph, arousal is displayed on the x-axis, where it starts low arousal and increases along the axis. As previously explained, this is based on the threats or challenges your mind perceives.

As shown in Figure 2, when arousal levels are low (due to being tired, bored, or otherwise unfocused), performance is equally low. As you move right on the graph, performance increases because you are awake and alert. Once you get too far to the right, however, performance once again drops as you become nervous, overstressed, and unable to focus.

The explanation for this is tied to the natural arousal caused by the tasks. Simple tasks are generally not perceived as challenging or threatening, so your body will naturally have very low arousal levels. Difficult tasks, on the other hand, are often perceived as challenging or threatening, so they raise your arousal levels to a degree that will actually decrease your performance. 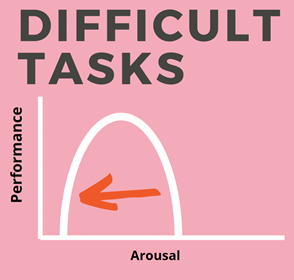 Figure 3: The relationship between arousal and performance for difficult tasks.

Thus, according to Figure 3, you can increase your performance when performing difficult tasks by reducing your arousal levels. Here are a few methods to do this: 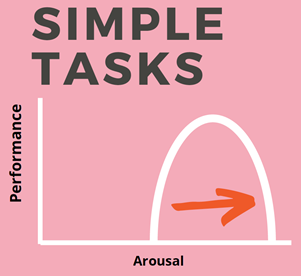 Figure 4: The relationship between arousal and performance for simple tasks.

So next time you are doing a task that you want to optimize, refer back to this list to determine what you can change to increase your performance.

[1] Robert M. Yerkes and John D. Dodson, “The Relation of Strength of Stimulus to Rapidity

[4] Stephen Prunier, Stephen Christman, and John Jasper, “The Effects of Varying Levels of

One thought on “Hacking Your Brain: How Understanding and Applying the Yerkes–Dodson Law Can Change the Way You Do Everything”